Life insurance is (among others like, car and contents) a common type of cover for kiwis and helps prepare you for the future

Government Super is unlikely to give you the lifestyle you have, never mind the dreams you may have for your future

Insurance can be a bit of a minefield full of jargon and paperwork. The complications stop with us and  the team at insuranceBASE. We are here to keep things straight forward!  Read More

During a totally unrelated conversation with Jatin (JT). I happened to mention that I had a major surgery the previous year. He asked if he could look at my insurance policy to check if I was eligible to make a claim. As a result, I received a lump sum payment from my insurance company a few weeks later.

I was really impressed and very grateful to JT and highly recommend him to anyone wanting insurance advice.

Hope you are well. We would like to thank you for all you have done for us through my partner's illness. Without you and your advice years ago we wouldn't have survived financially and we are so pleased we took your advice and had income protection insurance.

Life certainly threw a curve ball for us, in particular my partner. One day he was a fit farmer going about his business the next day he was fighting for his life and I will say it was a close call. Having this happen threw me sideways to say the least. Going from being a part timer on farm to having to make all the decisions, milk cows, feed cows, budget and keep the wheels turning with our business was no easy task for me. Thankfully we had the income protection insurance, which enabled me to run the business and pay for a part time person to help with the heavy jobs and when we shifted to our bigger job pay for an employee to help through calving as well.

You were just a phone call away and I am so grateful that you took control and set the wheels in motion to action the insurance. It was seamless - I didn't have to worry about the financial side, you kept me informed and your kindness throughout is something we will be forever grateful for.

He's is now  on the road to recovery. It has been a slow process but hopefully its onward and upwards from here.

Thank you for the advice you gave us all those years ago. It certainly paid off and would recommend it to any self employed person.

From stress to relief!
Last week we saw an ENT Specialist for our 3-year-old daughter for a snoring issue. The specialist suggested that we have her Adenoids and Tonsils removed. We have Medical Cover, but this had an exclusion which we were aware of for her tonsils due to an issue prior to taking out insurance. The procedure was going to cost us $8500 so we spoke to Jatin to see if our insurance would cover it. He explained to us that there is an exclusion for tonsils. However, he will call the claims team at the Insurance Company and get clarification. Jatin called me back to say that he had been advised that this would not be covered due to the Tonsil Exclusion on the policy. As you can imagine this was very upsetting and I said, “bloody hell JT she’s only had Tonsils once and what’s the point of having insurance.” Obviously having an expensive procedure booked in and hearing insurance will not cover it, things became a bit frantic. I explained to him that our daughter had only had Tonsils once. He said to leave it with him, and he will review the medical notes and specialist report. He rang me back and said after reviewing the notes he will refer this further with Management at the Insurance Company to reconsider. We spoke a couple of days later and he advised that he had been in touch with the Insurance Company that morning and they would have an answer by lunchtime. He called me back at lunchtime to advise that I need to let the Specialist know to go ahead with the procedure. The claim had been accepted. He was ecstatic as was I. What a relief! We highly recommend Jatin as an Advisor. He went above and beyond with the research and service to get the claim through.
Thank you. Very happy parents and a 3yr old girl with her tonsils removed.

“We recently had an insurance review with Jatin, where he picked up on a possible insurance claim that we had not considered. Due to his thorough diligence and expertise, the claim was submitted and accepted, despite being five years after the original event.  Jatin is approachable, friendly and knowledgeable and we are very happy to recommend him as an adviser.”

Jatin, I really want to say that I appreciated your phone call the other day. I know that you are under no obligation to help us with subsidies, or share personal information about yourself (businesses you own/ sold etc). But it helped me a great deal. Anyway, we´ve gone over your latest quote and we are happy with that. We´ve had a big talk about it, and agree that this is about where we need to be. Being self employed means we have to protect ourselves and our income- if this means we have to prioritize this over other expenses then that might just be a part of going self employed.

We sincerely thank Steve for his support he has given us in the past 9 months.
In January 2015 Neil was taken to Hospital with Abdominal pain which was a suspected
appendicitis. Emergency surgery followed but it was not an appendicitis but a Cancerous
tumour in the Bowel was discovered and removed. This was followed with 8 months of
Chemotherapy.
Our world changed from that moment onward, and we were numb from this devastating
news. We realised Neil would not be back to work any time soon.... in fact it was 9 months
before he returned to work. We own a small engineering company & Neil was the key
person running our business.
Having Medical health insurance, Income Protection and Business Key Person insurance –
this was the best protection Steve could have advised us to cover ourselves for.
Knowing we were financially protected, Neil could stop worrying about the business and
concentrate on getting well.
Steve really took the stress away from us when it came to all the forms that had to be
lodged for the claim process. He was constantly in touch with us every few weeks in a
supportive role and really demonstrated he cared.
Once again, thank you so very much for all your help, support and advice

“’I just want to say a BIG THANK YOU Lynette!!! For meeting up with me yesterday, you had all the information for me without me having to ask all the questions. You really made me feel at ease and confident that I have made the right choice for me and my family by staying with our life insurance provider.  Thank you again” 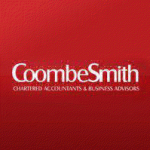 Just wanted to say thank you. Fiona and I really appreciate you taking over our life and risk insurance policies. We really valued you taking the time to go through all the cover with us, especially identifying a policy that we no longer needed. It is nice to have someone looking after our best interests, and paying less is always a bonus!

From a business perspective, we have been really impressed with how you have looked after a number of our clients and in many cases reduced their ACC premiums while providing a better level of cover.

We look forward to you helping more of our clients

Quality Rental Management Ltd
We have found Jason Hennessey to be very valuable for our business and life insurance policies He helped us to restructure our insurance policies in such a way that it cost us LESS money for a more comprehensive cover.

We were paying for policies that were not relevant to our business. We would like to personally thank you Jason for helping us, we found your overall service and follow up service to be friendly, simple to understand and excellent. We highly recommend Jason.

In my experience, Jason has been extremely responsive and easy to deal with. My insurance needs were convoluted and complex and Jason ‘steadied the ship’ and ensured there was minimal work on my side – instead fighting the battle on my behalf to get the best deal. I appreciate and can only recommend his work and that of his team.

Jason and his staff have always gone the extra mile. They make the effort to remember our names (and our children's names), and begin every conversation with questions unrelated to insurance, which has ensured a good rapport is established between us. Jason helped us understand the gaps in our existing insurance policy and explained the different aspects of competing policies. He translated the industry jargon into layman's terms, which made us feel confident going forward. I highly recommend Jason and his team

I have known Jason for a number of years now. He came highly recommended to us. I have found him exemplary in his dealings with me. He always does what he proposes to do. He is always honest and open about any business dealings. He is very acknowledgeable in his field and has given us very good advice on ACC and Insurance products. Jason and his staff have been amazing in supporting my through a claim period. I have no hesitation recommending him.

I can’t believe how awesome our experience has been dealing with Jason and Amie. Everything has gone so well and they always keep in touch to see how we are.

Jason has helped me and my wife Bronwyn with our insurance needs for several years. Like most people, insurance is a bit of a nuisance. But Jason’s advice has been invaluable and he actually reduced our premiums with better cover. I have recommended several of our clients talk with Jason because I know they’ll get what they need not what the salesman wants to sell them! 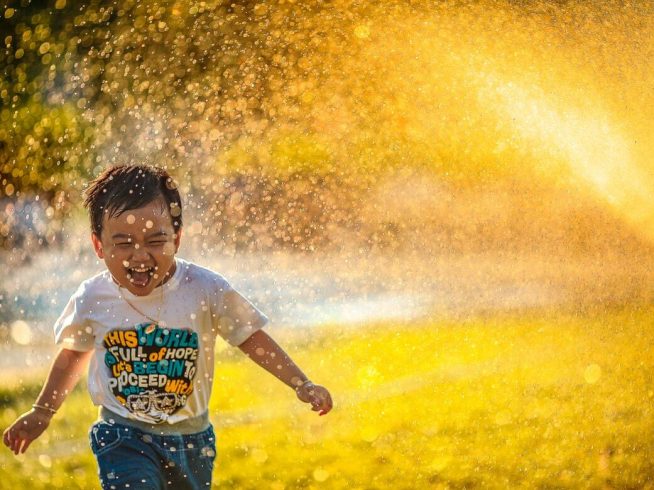 Wrap up your health insurance needs before the holidays 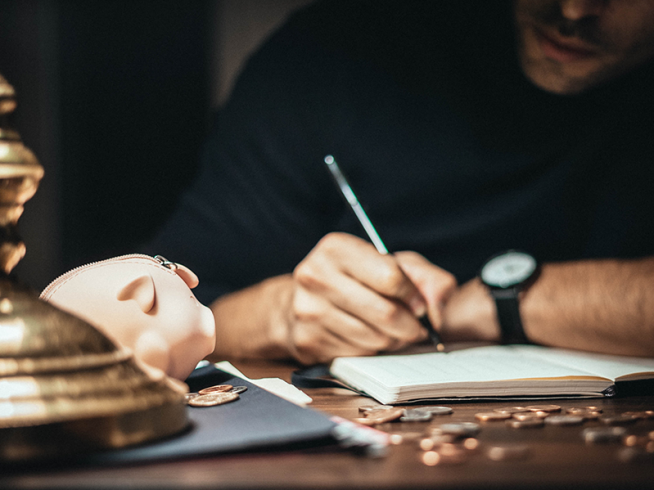 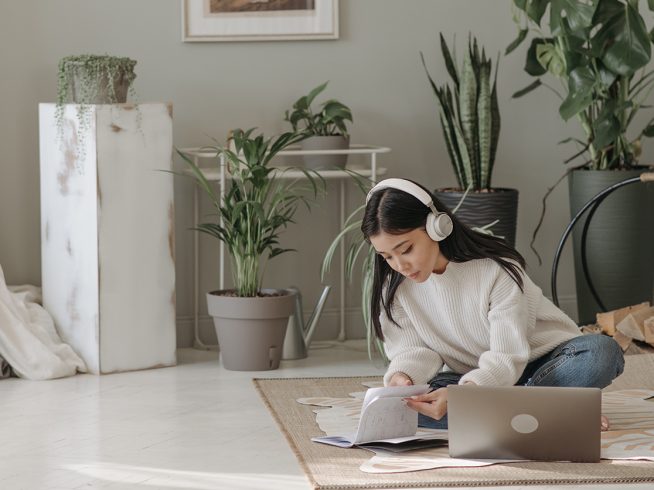 How to think about your insurance during a lockdown

Having a baby? Four ways to protect your financial future